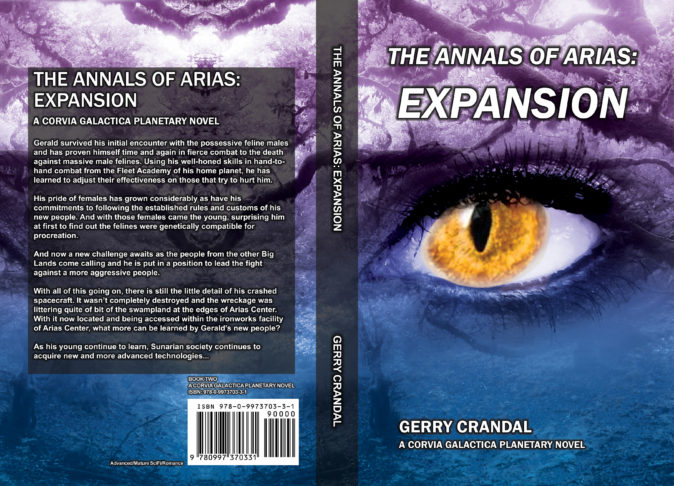 The Annals of Arias

Gerald survived his initial encounter with the possessive feline males and has proven himself time and again in fierce combat to the death against massive male felines. Using his well-honed skills in hand-to-hand combat from the Fleet Academy of his home planet, he has learned to adjust their effectiveness on those that try to hurt him.

His pride of females has grown considerably as have his commitments to following the established rules and customs of his new people. And with those females came the young, surprising him at first to find out they were genetically compatible for procreation.

And now a new challenge awaits as the people from the other Big Lands come calling and he is put in a position to lead the fight against a more aggressive people.

With all of this going on, there is still the little detail of his crashed spacecraft. It wasn’t completely destroyed, and the wreckage was littering quite a bit of swampland at the edges of Arias Center. With it now located and being accessed within the ironworks facility of Arias Center, what more can be learned by Gerald’s new people?

As his young continue to learn, Sunarian society continues to acquire new and more advanced technologies…

Check out Gerry’s other novels at the Amazon Bookstore!